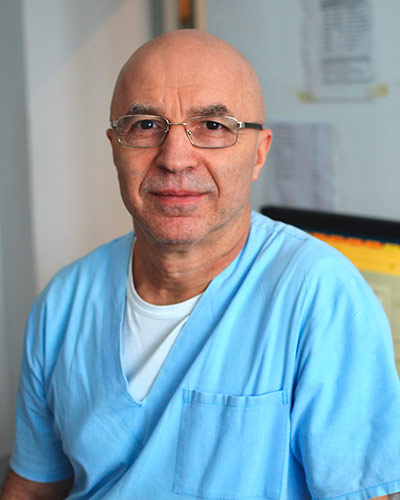 Units were established in setting of the Scientific dispensary Department of the A.L. Myasnikov Research Institute of Cardiology in March 2009 on the initiative of Academician E.I. Chazov.

The work is carried out on the basis of the 6-beds cardiology day hospital, as well as in close cooperation with the clinical departments and diagnostic laboratories of the of Cardiology Research Center.

On the basis of the laboratory were defended 8 PhD thesis, 1 doctoral dissertation, were published 2 methodological recommendations, were obtained 5 patents of the Russian Federation for the invention.

The laboratory annually conducts a number of courses for doctors, including “Surgical access through the forearm arteries for carrying out endovascular interventions on the coronary arteries”, “Fundamentals of IVUS and coronary physiology”. As a part of the training, in addition to the lecture material, demonstration operations are performed using IVUS and iFR in patients with complex lesions of the coronary arteries. The courses also include mastering practical skills of performing these techniques with modern equipment.