The research work of the laboratory staff at the Institute of Experimental Cardiology began in 1979. The main focus of research until 1999 was the study of the β2-adrenoreceptor-dependent adenylyl cyclase system of lymphocytes in cardiovascular diseases, including dilated cardiomyopathy, primary pulmonary hypertension, arrhythmias and hypertensive disease.

Since 2000, the laboratory has been studying the mechanisms of leukocyte adhesion and migration in foci of inflammation, developing and testing peptide agonists and antagonists of chemotactic cytokines, and studying the role of immune cells in cardiovascular diseases.

• The mechanisms of leukocyte adhesion and migration on various types of matrix have been studied in vitro. It was shown that Mac-1 integrins (CD11b/ CD18) are involved in cell adhesion on fibrinogen/fibrin, while p150,95 (CD11c/CD18) integrins participate in migration stimulated by monocytic chemotactic protein - 1 (MCP-1). Proteolysis of the fibrin(ogen) matrix leads to an increase in cell chemotactic ability.

• Synthetic peptide fragments of MCP-1: peptide X (65-76), inhibiting MCP-1-mediated cell migration, and peptide IX, stimulating monocyte motility, were generated. Peptide X has been found to inhibit leukocyte migration in mouse air pouch model, inhibit subcutaneous endotoxin-induced inflammation in rats and primates, and slow down neointimal growth after balloon damage of rat carotid arteries. According to biosensor analysis (performed by colleagues from Prokhorov General Physics Institute of the Russian Academy of Sciences) the anti-inflammatory properties of peptide X are mediated by competition with chemokines for binding to glycosaminoglycan components of cell membrane and matrix glycoproteins. In patients with coronary artery disease the addition of peptide X (Ingramon) infusions to standard therapy before and after stenting of the coronary arteries, blood concentrations of C-reactive protein, fibrinogen and MCP-1 after the intervention were lower than in patients treated with standard therapy only. In experimental animals locally administered peptide IX caused the recruitment of monocytes, stimulated the formation of granulation tissue and angiogenesis, and increased the rate of wound healing. In collaboration with the researches from the Department of Physiology, Faculty of Medicine, Lomonosov Moscow State University, the cardioprotective effect of peptide IX was shown in the model of experimental myocardial ischemia-reperfusion.

• In patients with coronary artery disease, stable angina, a negative correlation between the ratio of circulating regulatory T-lymphocytes to T-helpers 17 (Treg/Tx17 index) and the severity of coronary and carotid arteries, was demonstrated. In a prospective study, the prognostic significance of immunological parameters — the levels of circulating Treg, IL-17- and IL-10- producing lymphocytes — has been proven in identifying patients with rapidly progressing atherosclerosis of the coronary and carotid arteries.

• The effect of certain pharmacological agents on the parameters of cellular immunity was studied. Implantation of sirolimus-coated stents has been shown to result in a temporary increase in the relative amount of Tregs in blood. The mean quantaties of circulating Tregs were higher in patients taking statins (atorvastatin), and an increase in the dose of atorvastatin was accompanied by a further expansion of the Treg population. These changes were not observed in patients taking rosuvastatin.

• In the culture of CD4 + lymphocytes, it was shown that “lipophilic” statins (atorvastatin and pitavastatin) more effectively than the “hydrophilic” rosuvastatin suppress the proliferation of effector cells, leading to an increase in the relative content of Tregs. Cultivation of lymphocytes in the presence of statins leads to the suppression of the migratory ability of cells.

The research work of the Cellular Immunology Laboratory is carried out in conjunction with the Department of Chronic IHD of the Institute of Clinical Cardiology (since 2017 - the department of pulmonary hypertension and other heart diseases), the department of new diagnostic methods of ICC, the laboratories of atherosclerosis and peptide synthesis of IEC. 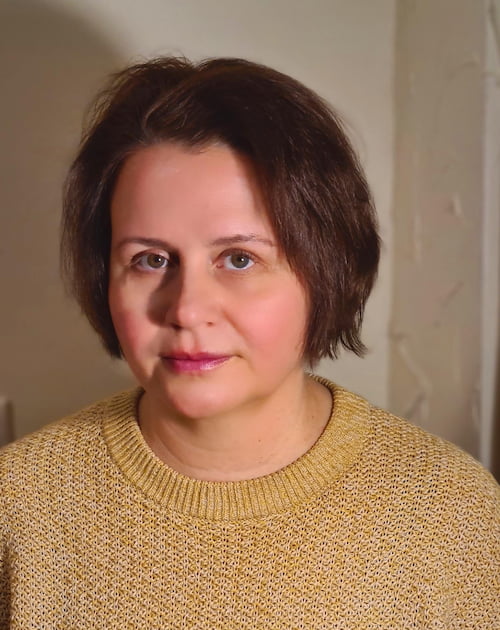 Head of the laboratory - Dr. Tatiana I. AREFYEVA, PhD, DSc