The laboratory for myocardial metabolism was established in 1994.

• Study of biochemical mechanisms of myocardial adaptation to ischemia and reperfusion.

• Study of changes in myocardial nitrogen and carbohydrate metabolism in patients with coronary artery disease and myocardial energy state during cardiac surgery.

• Use of pharmacological pre- and postconditioning to protect the heart during ischemia and reperfusion.

• The hypothesis of conjugation of anaerobic glycolysis with the reactions of malate-aspartate shuttle and substrate phosphorylation due to catabolism of aspartic and glutamic acids during ischemia was proposed and experimentally confirmed. On this basis, original cardioplegic and reperfusion solutions (Gluton and Perfusol) were created for myocardial protection during open heart surgery with cardiopulmonary bypass.

• Experimentally confirmed the feasibility of targeted transport of antioxidants to mitochondria of cardiomyocytes to reduce ischemia and reperfusion injury. It was shown that the addition of 2,3-dimethyl-1,4-benzoquinone-5-decyl-triphenylphosphonium (SkQ1) to the diet of laboratory animals limits myocardial infarct size, improves energy state of the area at risk and reduces damage to the sarcolemma.

• The possibility of using NO donors of various chemical structures to protect the ischemic heart was studied in collaboration with the Institute of Chemical Physics and the Institute of Problems of Chemical Physics of the Russian Academy of Sciences. The results obtained were the basis for creating cardioprotective drug possessing the properties of cell membranes stabilizer and metabolic corrector.

• The effect of synthetic ligands of G-protein coupled receptors, which trigger mechanisms of myocardial protection, is currently being studied. Some original pharmacological agonists of apelin and galanin receptors are able to improve metabolic and functional state of the heart in experimental ischemia and heart failure. This laboratory activity includes the development of drugs for the treatment of acute coronary syndrome and chronic heart failure. 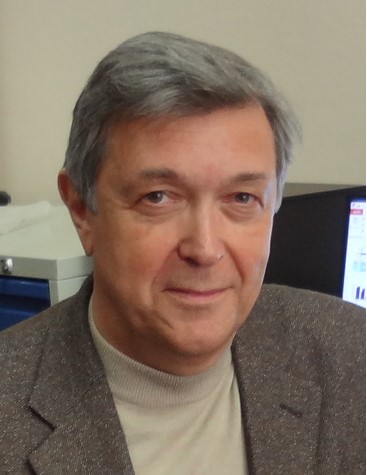 Head of the laboratory – Dr. Oleg I. PISARENKO, PhD, DSc