The laboratory was organized on the initiative of Academician E.I. Chazov and Academician V.N. Smirnov in 1981, in 2010 merged with a group of engineering immunology (supervisor - S.P. Domogatsky, PhD).

• Development and improvement of immunochemical methods for the diagnosis of cardiovascular and other somatic diseases of humans.

• Conducting clinical trials of newly created and improved diagnostics, studying the diagnostic and prognostic significance of the developed methods.

• Development of production technology for diagnostic test systems and participation in the creation of experimental production and industrial regulations.

• Development of new methods and reagents for immunochemical analysis: from the isolation, purification and analysis of antigens to the production of poly- and (or) monoclonal antibodies to them, followed by the synthesis of reagents for the analysis and testing of the parameters of the method.

• Search and identification of antigens to identify autoantibodies as predictors of cardiovascular disease.

• Study of the metabolism of methylglyoxal and malondialdehyde-modified low-density lipoproteins in cardiovascular diseases and in diabetes.

• Studying the effect of autoimmune reactions to β1-adrenoceptor in patients with idiopathic arrhythmias and conduction disturbances of the heart and in the presence of cardiovascular pathology.

The most significant research results of the recent years

• Methods were developed for the determination of autoantibodies to thyroglobulin, the microsomal fraction of the thyroid gland, thyroid peroxidase, DNA, rheumatoid factor, to native and modified lipoproteins.

• Independently and in collaboration with co-investigators in the laboratory 25 diagnostic kits were developed to identify various markers of human somatic diseases, 14 of them were introduced into mass industrial production.

• For the first time in Russia, solid-phase enzyme immunoassays with enhanced chemiluminescent detection for the determination of testosterone and autoantibodies to the microsomal fraction of the thyroid gland and thyreoglobulin were designed and mass-produced.

• Prototypes of laboratory test systems using immunological methods for the differential determination of pentamer-CRP and monomer-SRB in blood samples of patients with coronary artery disease were created. Pentamer and C-reactive protein monomer have different biological effects, therefore, differentiated determination of pSRB and sSRB in the blood is of great interest. Transformation of pSRBR into mSRB leads to the activation of monocytes, which presumably makes it possible to associate the activation of platelets with the activation of monocytes and subsequent damage to the wall of blood vessels.

• A test system was developed and tested to determine autoantibodies to components of basement membranes (collagen IV and V type, fibronectin, laminin) in plasma and serum. On the basis of the data obtained, it was confirmed that the autoantibodies to the components of the basal membranes are formed in the blood of patients with atherosclerosis, and the content of antibodies depends on the severity of the course of the disease. The correlation between the presence of high concentration of autoantibodies to type IV collagen and the presence in patient anamnesis of kidney disease was found. Detection of autoantibodies to collagen reflects not only anomalies of the natural mechanisms of regeneration, but also the severity of autoimmune processes to other proteins of the extracellular matrix. The immune response in the form of circulating autoantibodies specific to certain types of collagen resulting from massive reparative reactions leads to the development of chronic systemic lesions of the vascular bed.

•Together with the Department of Clinical Electrophysiology and X-ray Surgery for the Treatment of Heart Rhythm Research Institute of Clinical Cardiology named after A.L. Myasnikova (S.P. Golitsyn), the Laboratory of Cell Engineering, Institute of Experimental Cardiology (T.N. Vlasik) and the Laboratory of Peptide Synthesis, Institute of Experimental Cardiology (M.V. Sidorova) developed laboratory versions of tests for determining β1- adrenoreceptor autoantibodies in patients with ventricular cardiac rhythm disorders without signs of heart disease and the presence of cardiovascular pathology: the classic indirect ELISA method for determining autoantibodies to a synthetic peptide corresponding to the sequence of the second extracellular loop of β1-adrenergic receptors and competitive ELISA on cell lines ADL-7A, expressing recombinant human β1-adrenoceptor (CELISA). 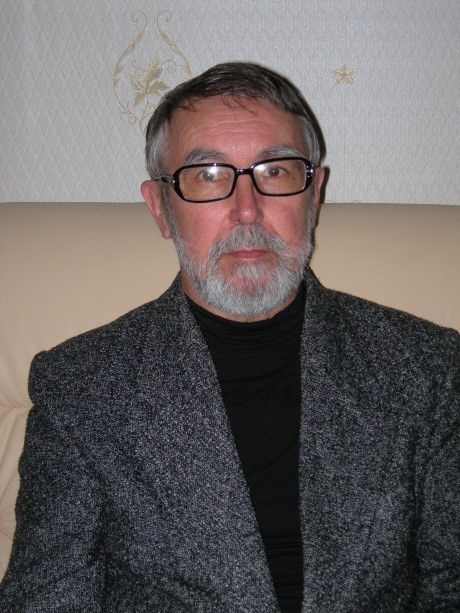