The laboratory of medical genetics for a long time was the part of the Department of Cardiovascular Pathology, which was created as a complex pathomorphological unit that conducted wide-range. Since 2017, the laboratory became the part of the Institute of Experimental Cardiology as an independent research unit.

The research projects held in the laboratory of medical genetics are aimed mainly on the study of cellular and molecular mechanisms of atherosclerosis, its clinical manifestations and associated diseases. In the recent years, in the laboratory of medical genetics has focused research activities on the study of genetic susceptibility to atherosclerosis induced by mutations occurring in the mitochondrial genome; on the studying the effect of mutations in the mitochondrial genome on the functional activity of cells; on the studying of the relative length of telomeric repeats of chromosomes as prognostic biomarkers.

The most significant results of recent studies:

- the common variants (mutations) of mitochondrial DNA associated with carotid atherosclerosis have been identified;

- the method has been developed for assessing the degree of mitochondrial genome heteroplasmy based on multiplex PCR-RV technology using TaqMan probes;

- the method of personalized genetic diagnostics of susceptibility to atherosclerosis was developed, based on measuring the total mutational load of the mitochondrial genome, which has a high diagnostic efficiency (sensitivity - 82%, specificity - 79%, diagnostic accuracy - 80%);

- it was established, that the probability of the hereditary nature of pathogenic proatherosclerotic variants of mitochondrial DNA exceeds 95%;

- the conjugation of phenotypic cellular markers of atherosclerosis, mutational load of mitochondrial DNA and mitochondrial dysfunction was revealed;

- high diagnostic significance of the relative length of telomeric chromosome repeats in relation to life expectancy in CHD patients with myocardial infarction was revealed.

The results of the studies have been presented at key international conferences and in published in international peer-reviewed journals, indexed by Scopus and / or the Web of Science; more than the half of the articles have been published in journals belonging to the first quartile (Q1) by JCR Science Edition ranking. Over the past 3 years (2016-2018), the laboratory staff published 43 papers (17 of them in journals with a Q1-ranking), 2 chapters in monographs, 3 patents of the Russian Federation were received, 1 application for an invention was filed.

The prospective for further development: it is supposed to combine the existing rich experience and knowledge in the field of metabolism of low-density lipoproteins, cellular metabolism of lipids, molecular biology of atherosclerosis, cell biology of atherosclerosis. Such a combination of options within the single laboratory will make it possible to implement the complementarity of the conducted research. 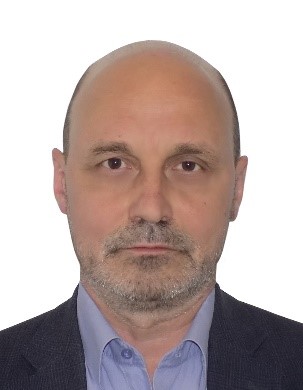