Laboratory of Problems of Atherosclerosis

• The study of molecular and cellular mechanisms of the development of atherosclerosis.

• Development of highly specific affinity sorbents for medicine and biotechnology containing various antibodies or their fragments, antigens, peptides and other synthetic compounds as ligands.

• Search of the new risk factors and biochemical markers for the occurrence and development of atherosclerosis, other cardiovascular, autoimmune and oncological diseases.

• The possible connection of subfractions of low, intermediate and high density lipoproteins with coronary atherosclerosis.

• Study of the atherothrombogenicity of lipoprotien(a) [Lp(a) and the phenotype of apoprotein(a) - the new risk factor of the occurrence and development of atherosclerosis of the coronary, carotid and peripheral arteries.

• Development and implementation of new methods of diagnostics and extracorporeal treatment of cardiovascular, autoimmune, oncological, hematologic, neurological and other diseases.

• It was shown that elevated Lp(a) as well as the low molecular weight phenotype (a), is the independent risk factor of the early onset and severe development of atherosclerotic lesions of the arteries of various vascular pools and is associated with the risk of myocardial infarction, especially in men of a young age. In 40% of patients with IHD Lp (a)>30 mg/DL, that is three times more often than in patients without IHD.

• Prospective 15-year follow-up of patients after myocardial revascularization surgery and stenting showed that the increased concentration of Lp(a) and the presence of apoprotein (a) low molecular weight isoforms increase the risk of developing cardiovascular complications and mortality from coronary heart disease by 2-3 times.

• The study of subfractions of intermediate, low and high density lipoproteins made it possible to identify the difference in the distribution profile in patients with absence of and varying severity of coronary artery disease. In patients undergoing optimal lipid-lowering drug therapy, the concentration of subfractions of small density lipoproteins is not the independent risk factor, but is related to the number of affected coronary arteries. At the same time, the presence of small density LDL subfractions significantly increases the risk of coronary artery disease associated with the increased Lp(a) concentration.

• In turn, the elevated Lp(a) level remains to be the risk factor for CHD, independent of the subfractional composition of atherogenic apoB-containing lipoproteins. Also the stable correlation of plasma concentration of large particles of intermediate density lipoproteins and the presence of coronary atherosclerosis and IHD was also revealed.

• On the contrary, the concentration of subfractions of high density lipoproteins of intermediate size could be considered as the new marker of coronary atherosclerosis and the additional anti-atherogenic factor, regardless of other risk factors. The study of the contribution of humoral and cellular immunity to high atherothrombogenicity of apoB-containing lipoproteins and, in particular, Lp(a) carried out jointly with the laboratory of cellular immunology, had shown that a combined increase in the concentration of Lp (a) and minor subpopulations of T-helper cells , especially T-helper cells 17, significantly increases the risk of the developing rapidly progressive and severe atherosclerosis in accordance with both retrospective and prospective observations.

• Detection of Lp(a) -containing circulating immune complexes in patients with coronary artery disease with the high concentration of Lp(a) demonstrated the possible involvement of the autoimmune component in the atherothrombogenicity of Lp(a) It has been shown that the titer of G class autoantibodies specific to Lp(a) is directly associated with the increase in the severity of atherosclerotic lesions of the coronary arteries, while the presence of anti- Lp(a) autoantibodies of the M class, to the greater extent than native and oxidized LDL, is due to the absence of atherosclerosis, i.e. such autoantibodies can be "antiatherogenic".

• The universal platform for the synthesis of highly specific affinity sorbents for therapeutic apheresis has been developed in the laboratory.

• The level of Lp(a) in plasma is resistant to drugs and is slightly reduced with the use of new generations of lipid-lowering drugs, such as PCSK9 inhibitors, CETP and apoB100. In our laboratory for the first time in the world the sorbent with immobilized polyclonal antibodies was created, and it is still the unique product and allows to remove completely Lp(a) from the patients plasma. In 2009-2012 with the support of the Government of Moscow and in collaboration with Department of Atherosclerosis of Myasnikov Institute of Clinical Cardiology and the MEDSI hospital, the clinical trials of the effectiveness of specific Lp(a) apheresis were carried out on Lp(a) Lipopak columns. For the first time in the world, it was shown that regular specific reduction of Lp(a) concentration using Lp(a) apheresis procedures for 1.5 years was accompanied by stabilization and reliable regression of atherosclerotic lesions in both the coronary and carotid arteries, which proves the key the role of Lp(a) in atherogenesis. The developments of our laboratory made it possible to create sorbents for the effective removal from the plasma such target components as atherogenic lipoproteins [LDL and Lp(a) immunoglobulins G and E, autoantibodies of various specificity, cytokines and their inhibitors, endotoxins, etc.

• The active cooperation of the laboratory team with clinicians in various fields allows us to obtain new knowledge and make successful development at the interface of various specialties and scientific disciplines.

• The development of new diagnostic methods, such as ELISA for β1-adrenoreceptor autoantibodies (RF Patent No. 2452964), Lp(a) and LDL autoantibodies, allows the laboratory team to learn the contribution of the autoimmune component in the development of such cardiovascular diseases as DCM and atherosclerosis.

• Over the past decade, new highly specific sorbents have been developed in the laboratory, containing as ligand: F (ab) fragments (RF patent for invention No. 2325172), oligopeptides (RF patent No. 2389022), chimeric molecules (RF patent No. 2356576), DNA- aptamers capable of binding immunoglobulins and immune complexes of different specificity from human plasma. Synthesized sorbents have a number of significant advantages compared with other sorbents that are used in medicine.

The lab's work has been honored with the following awards: the Government of the Russian Federation Prize for the development of modern technologies of hemapheresis in the prevention and treatment of pathological conditions in clinical medicine (2000), the prize of The European Society for Hemapheresis (ESFH) for the contributions in hemotherapy (2001). ), The International Apheresis Society (ISFA) prize for the best plenary and poster presentations (2011), the prize of the International conference on the Lp(a) study for the best poster presentation (2016), A.N. Klimov prize of the Russian Society of Cardiology (2013). 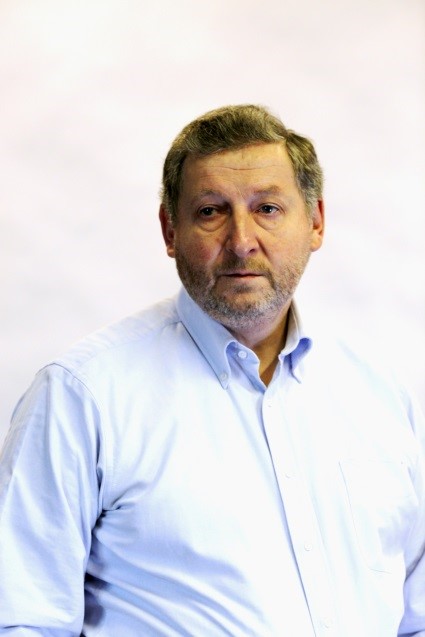