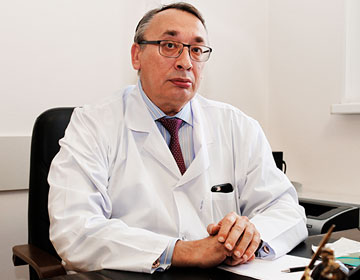 The main areas of research

The main scientific and practical achievements

The data was introduced into the practice of the myocardial diseases and heart failure department and the department of neurohumoral and immunological research of the A. L. Myasnikov Institute of Clinical Cardiology.