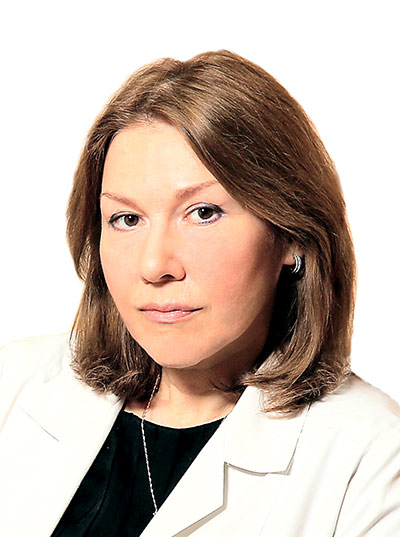 The history of Ultrasound Division of the A.L. Myasnikov Research Institute of Clinical Cardiology counts several decades with a range of achievements and innovations.

The first ultrasound examination of the heart (transthoracic echocardiography) in the USSR was performed at the A.L. Myasnikov Research Institute of Clinical Cardiology in 1973. Ultrasound diagnostic group as a part of Clinical and Functional Division of the Institute was created in 1976-77 and later was transformed into Ultrasound Laboratory.

For many years Ultrasound Laboratory has been a part of the Division of New Diagnostic Methods headed by Professor Atkov O.Yu. Under his leadership the following technologies were introduced in our country for the first time: transesophageal echocardiography (1988), contrast echocardiography (1993), stress echocardiography (1996), intracoronary ultrasound (1997), and comprehensive examination of peripheral vessels (1987).

Great success was also achieved in vascular ultrasound and in 2010 Vascular Ultrasound Laboratory was established.

Doctor of Medical Sciences, Professor Balakhonova Tatiana Valentinovna became the head of the Laboratory. Under her leadership for the first time in Russia the examination of vessels in atherosclerotic plaque was performed using contrast agent (2013). Taking into account growing volume of scientific and diagnostic work Ultrasound Division was established in 2017. It consists of three groups: echocardiography, vascular ultrasound and ultrasound of internal organs. Doctor of Medical Sciences, Professor Saidova Marina Abdulatipovna became the head of Ultrasound Division.

For more than 40 years the staff has been performing a large number of ultrasound exams, transferring accumulated experience from generation to generation, improving techniques and developing new standards in cardiovascular ultrasound. Annually more than 10-15 doctors study at the division as residents and postgraduate students. More than 50 doctors from Russia and CIS countries are trained at certification courses and workplace.

Transthoracic echocardiography is an essential part of examination of patients with different cardiovascular diseases. A number of other methods, including new echocardiographic technologies are also used.

Group of ultrasound of internal organs

kidney damage due to arterial hypertension

The whole range of conditions requires high level of competence and extensive experience for the assessment of individual diseases and their combination.