Federal State Budgetary Institution
NATIONAL MEDICAL
RESEARCH CENTRE OF CARDIOLOGY
named after academician E.I.Chazov.
of the Ministry of Health of the Russian Federation
Home | About | Institute of Experimental Cardiology | Laboratory of Heart Electrophysiology

The laboratory of heart electrophysiology was organized in 1976. The main results of the laboratory can be divided into methodological developments, scientific achievements and the results of applied (pharmacological) work.

The technique of intracellular, microelectrode leads, including simultaneous two-channel leads, has been used since 1964.

Registration of ionic currents from enzymatically isolated cardiomyocytes, recording the activity of single ion channels, in particular, ATP-sensitive channels has been used in the laboratory since 1979.

Single cell micro shorteners have been used since 1985.

Electric mapping of the propagation of the excitation wave over the heart according to 254 electrograms (used since 1989).

Optical mapping of the epicardial surface of an isolated heart perfused according to Langendorf using a video camera (used since 2003).

The most important scientific results

Early postdepolarization under the influence of the aconitine alkaloid was recorded for the first time from amphibian atrial cells. These post-depolarization lead to atrial flicker and flutter (Fiziol. Zhurn. Im.I.M. Sechenova, 1964).

For the first time, detailed data were obtained on the mechanisms of development of atrial fibrillation during stimulation of the parasympathetic nerves. It has been shown that the occurrence of neurogenic tachyoarrhythmias is associated with the appearance in the atria of amphibians of temporary non-irritability zones. The restoration of the conduction of excitation in these zones leads to the circulation of excitation or re-entry (Physiol. J. named after IM Sechenov, 1967, 1969; Biophysics, 1970-1974; Cardiology, 1975).

The restoration of non-excitability and the development of re-entry are analyzed on a flat two-dimensional axiomatic model (Biophysics, 1970), as well as using electrical mapping of isolated atrial amphibians (Circ.Res., 1989, NIPS, 1990). On the 3D model of the sino-atrial node with the help of a supercomputer (work in collaboration with Dr. F. R. Aliev, Institute of Biophysics, Pushchino-on-Oka), a detailed analysis of the sino-atrial re-entry of cholinergic nature was conducted.

Direct evidence has been obtained of the role of creatine-phosphokinase systems in the regulation of the force of contraction of the hypodynamic myocardium of amphibians (Otkrytie USSR No. 187).

The effect of lysosomal enzymes on the activity of single ion channels of rat cardiomyocytes was analyzed (Pflugers. Arch., 1989; J. Mol. Cel. Cardiol., 1991).

It has been shown quantitatively for the first time that the migration of a pacemaker in a sino-atrial node of a rabbit during cholinergic effects occurs as a result of the development of non-excitable zones in certain parts of the pacemaker. If the sinus rhythm is slowed down by 20% or more of the control value, then in these cases the driver's migration is caused by the development of non-excitable zones in the central part of the sino-atrial node. At lower rhythm reduction values, the non-excitable zones either do not appear or appear closer to the periphery of the node (Acta Physiol., Oxford, 2009).

One- and two-channel microelectrode leads from the sleeves of the pulmonary veins of the left atrium revealed one- and two-directional blocks under tension of the tissue and under the action of neurotransmitters. In the sleeves of the pulmonary veins, early post-depolarization was detected, similar to those previously observed under the action of aconitine alkaloid (DAN, 2010-2014, Experimental Physiol.).

An analysis of the chronotopography of excitation in the ventricular myocardium of a winter-sleeping ground squirrel at a heart temperature of + 4 ° C was carried out .The durations of action potentials, propagation rates of excitation and refractoriness were estimated (Am. J.Physiol., 2012).

The laboratory of cardiac electrophysiology made a significant contribution to the development of new antiarrhythmic drugs.

• In collaboration with the Institute of Pharmacology (lab. Prof. N.V. Kaverina), the first antiarrhythmic drug of the phenothiazine series, Etmozin, was developed. The American company DuPont purchased a license to manufacture and distribute this drug. Etmozin belongs to the class of drugs of the I class (inhibition of I Na in cardiomyocytes) (Amer.J.Cardiol., 1987).

• Another antiarrhythmic drug was also developed by the Institute of Pharmacology - Etatsizin. This drug suppresses the fast incoming sodium current more strongly than ethmozine and therefore has a longer lasting effect (Am. Heart J., 1986). Interestingly, Lidocaine can serve as an antidote to blocking sodium current with Etizizin (J. Mol.Cell.Cardiol., 1991).

• As a result of collaboration with the Chemical and Pharmaceutical Institute (MD Mashkovsky and RG Glushkov), a third-class drug, Nibentan (a piperidine derivative), which is highly effective in chronic forms of atrial fibrillation, was created and introduced into clinical practice. However, the chronic use of this drug is limited because of toxicity data.

• Another piperidine derivative, Niferidil, was developed and is being introduced into clinical practice. The mechanism of action of Niferidil is predominantly associated with blocking outgoing potassium currents, which leads to an increase in the duration of cell potentials and refractory periods. The drug has a unique efficacy in chronic forms of atrial fibrillation (about 85% with blinking and 100% with atrial flutter) and low toxicity (J. Cardiovascular Pharmacol. 2014). 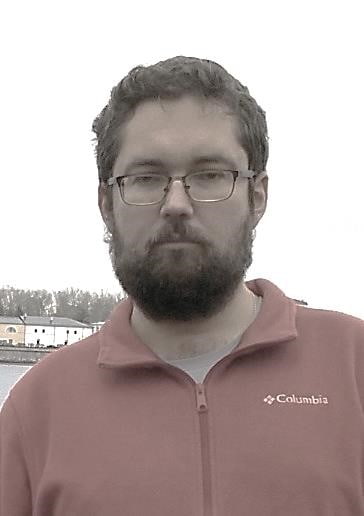