The laboratory was established in 2006.

Molecular and cellular mechanisms of myocardial repair / regeneration after injury.

Development of gene- and cell therapy methods for the stimulation of angiogenesis and regenerative processes for myocardial and skeletal muscle ischemia.

• The mechanisms of urokinase plasminogen activator (uPA) effects on angiogenesis, in particular through the activation of angiogenic growth factors and accumulation of monocytes / macrophages in ischemic tissues were determined. The original method of therapeutic angiogenesis by plasmid based uPA gene therapy was developed. The effects of uPA were comparable to the effects of VEGF gene therapy, whereas uPA did not cause the development of edema, which is typical of gene therapy based on VEGF (Traktuev DO et al., Mol Ther. 2007 Nov;15(11):1939-46). Successful preclinical evaluation of uPA gene therapy safety allowed us to translate plasmid based uPA gene therapy to phase 1 clinical trial which have shown safety of uPA gene therapy in normal healthy volunteers. In joint study with the Departments of Pathology and Laboratory Medicine, University of Pennsylvania, Philadelphia, Pennsylvania we identified uPA-dependent de-repression of vegfr1 and vegfr2 gene transcription through binding to HHEX/PRH as a novel mechanism by which uPA mediates the pro-angiogenic effects of VEGF and identifies a potential new target for control of pathologic angiogenesis (Stepanova V.,et al. J Biol Chem. 2016 Jul 15;291(29):15029-45).

• The molecular mechanisms of joint influence of several growth factors on angiogenesis were established. It was determined that the enhancement of angiogenic effect of combination of HGF and VEGF occurs due to an increase in the expression and production by the endothelial cells of pro-angiogenic chemokine IL-8 and an increase in the phosphorylation of ERK-1/2. The efficacy of growth factors gene combinations (HGF + VEGF; HGF + ANGPT-1; VEGF + ANGPT-1) in stimulating angiogenesis and regenerative processes in ischemic mice limbs and rat myocardium was shown. That created the basis for the use of combined gene constructs for treating ischemic diseases (Makarevich P,et al., PLoS One. 2012;7(6):e38776; Makarevich PI, et al. PLoS One. 2018 May 22;13(5):e0197566).

• In cooperation with the Center for Vascular Biology and Medicine, Indiana University (USA) the laboratory initiated the research of angiogenic properties of adipose-derived mesenchymal stem cells (ADMSCs). It was established that ADMSCs stimulate angiogenesis via promoting progenitor cell differentiation, secretion of angiogenic factors, and enhancing vessel maturation (Rubina K., et al. Tissue Eng Part A. 2009 Aug;15(8):2039-50). For the first time, the important role of urokinase and its receptor in the formation of the vascular network in the interaction of ADMSCs and endothelial cells was shown. The role of pro-inflammatory factors in the regulation of angiogenic properties of ADMSCs was demonstrated (Zubkova E., et al.J Cell Biochem. 2016 Jan;117(1):180-96). It was shown that the most important mediator of inflammation, TNF-alpha, significantly stimulated the ability of ADMSCs to affect angiogenesis by increasing their adhesion, chemotactic properties and angiogenic factors expression (VEGF, IL-8, MCP-1).

• The regenerative properties of cardiac progenitor cells (CPCs) were demonstrated in myocardial infarction models in mice and rats. The mechanisms of regulation of CPCs functions, in particular, the role of Notch-signaling, were established. It was shown that activation of Notch-signaling in CPCs causes an increase in the expression of angiogenic factors and enhances their ability to stimulate angiogenesis in vivo.

• A method for progenitor cells transplantation as cell sheets was developed, which makes it possible to significantly increase the survival rate of cells after transplantation and efficacy of cell therapy for myocardial and limb ischemia. Constructions of cell sheets consisting of different cell types (CPCs, MSCs, cardiospheres cells) were used as models of the stem cells “niche” for studying the regulation of their function by intercellular and cellular-matrix interactions (Makarevich PI, et al. Stem Cell Res Ther. 2015 Oct 26;6:204; Dergilev K,et al. Biomed Res Int. 2018 Jun 25;2018:3536854).

• By screening of two groups of obese patients with or without T2DM, matched for BMI, age, and duration of obesity we tested the hypothesis that hypertrophy and decreased renewal of adipocytes may underlie transition from obesity to T2DM. The results obtained suggest that blunted proliferation and increased hypertrophy of diabetic ADMSCs may lead to reduced insulin sensitivity via increased inflammation mediated by M1 macrophages and JNK1/2 pathway (Stafeev Y., et al. J Diabetes Complications. 2019 Feb;33(2):148-159). 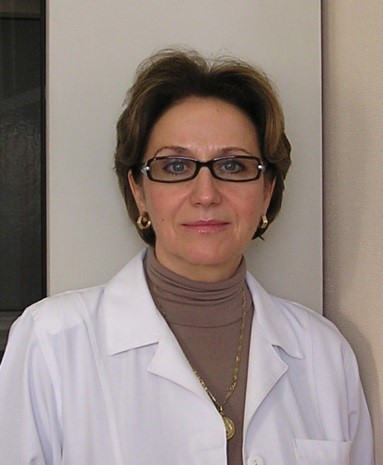