The laboratory was organized in 1995.

• Studying the adhesion reactions of cells of the vascular bed, first of all, of platelets and endothelial cells in normal and pathological conditions. These reactions play an important role in the process of arresting hemorrhage (hemostasis) and intravascular thrombosis, atherosclerotic and inflammatory vascular lesions. The properties of platelets and their adhesive receptors (glycoproteins (GP) IIb-IIIa, GP Ib and others) in cardiovascular and hematological pathologies are under investigation; effects of hypoxia and reoxygenation on adhesion molecules of endothelial cells (ICAM-1, von Willebrand factor and others) is also studied.

• Investigation of the coagulation properties of microparticles of vascular bed cells - platelets, leukocytes and endothelial cells. The ability of microparticles of various origins to speed up the coagulation / coagulation reactions (fibrin formation) and the participation of negatively charged phospholipids (phosphatidylserine) and tissue factor in these processes is being studied. The work is carried out in collaboration with the staff of the laboratory of clinical problems of atherothrombosis of National Medical Research Center of Cardiology.

• Participation in a project to create an original antithrombotic drug - a direct inhibitor of thrombin. The drug is created on the basis of fundamentally new pharmacological substances - aptamers (oligonucleotides). Studies are being conducted on the properties of the original DNA aptamer, which is able to specifically inhibit the activity of thrombin. The work is carried out in collaboration with the staff of the laboratory of clinical problems of atherothrombosis of National Medical Research Center of Cardiology and the Research Institute of Physico-Chemical Biology of Moscow State University

• A comprehensive study of various factors affecting platelet aggregation in healthy donors and in patients with acute coronary syndrome (ACS) was conducted. It was demonstrated for the first time that platelet aggregation correlates with their mean volume (a standard indicator characterizing the size of platelets) and the content of GP IIb-IIIa complex (fibrinogen receptor) on their surface. At the same time, no effect of the genetic polymorphism of GP IIb-IIIa on platelet activity was revealed. It has been shown that presence of CYP2C19 (cytochrome P-450 isoform) haplotype with a slow ability to form an active metabolite of clopidogrel in patients with acute coronary syndrome is associated with the increase in platelet aggregation while taking this drug. The work was carried out in conjunction with the Department of Emergency Cardiology of National Medical Research Center of Cardiology.

• For the first time, it has been shown that in healthy donors and in patients with ACS, the absolute content of the main adhesive platelet molecules, GP IIb-IIIa and GP Ib, is mainly determined by variations in the mean volume (size) of platelets, and not by genetic polymorphisms of these proteins. These data indicate that the increased activity of large platelets may be due to a higher content of adhesive receptors. The work was carried out in conjunction with the Department of Emergency Cardiology of National Medical Research Center of Cardiology.

• When studying the properties of the endothelium under hypoxia and subsequent reoxygenation, it was shown that this exposure, modeling the situation of occlusive thrombosis and subsequent reperfusion, leads to increased secretion of von Willebrand factor endothelial cells (mediator of adhesion and platelet aggregation) and stimulation of the expression of ICAM-1 involved in the interaction of the endothelium with leukocytes.

•Based on original monoclonal antibody against GP IIb-IIIa, which blocks the interaction of this receptor with fibrinogen, the first Russian antiplatelet agent, belonging to the class of GP IIb-IIIa antagonists, Monafram, was developed. Monafram was also the first Russian preparation based on monoclonal antibodies. This drug could significantly reduce the number of thrombotic complications during percutaneous coronary interventions and its pharmacological properties are not inferior to the most effective foreign antagonist GP IIb-IIIa - abciximab. Monafram was developed in cooperation with other divisions of National Medical Research Center of Cardiology (Cell Engineering Laboratory and the Department of Emergency Cardiology).

• An original DNA aptamer has been synthesized and characterized that can effectively inhibit prothrombotic reactions of thrombin - fibrin formation and thrombin-induced platelet aggregation. This aptamer successfully suppresses arterial thrombosis in model in experimental animals. This antithrombin aptamer is used for the development of a new antithrombotic drug. The work is carried out jointly with the staff of the Research Institute of Physico-Chemical Biology of Moscow State University and the Laboratory of Clinical Problems of Atherothrombosis of National Medical Research Center of Cardiology. 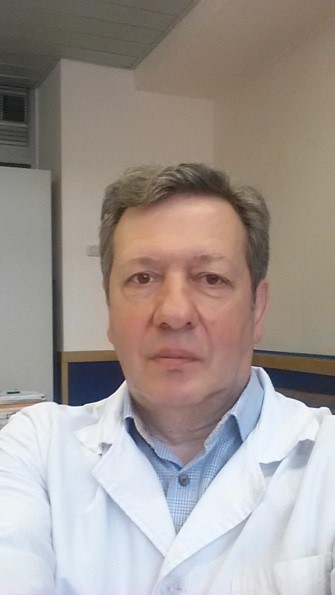