In 1983, the Cell Engineering Group was created at the Institute of Experimental Cardiology. In 1997, the group obtained a laboratory status. Initially, the main task of Cell engineering Laboratory was the development and improvement of the technology for producing monoclonal antibodies in order to use them for scientific research, but mainly as components of diagnostic test systems, as well as for creation of new drugs based on them. Over its more than 25-year history, a team of “cellular engineers” created and characterized more than 30 panels of monoclonal antibodies to various antigens. Since 1998, Cell Engineering Laboratory has been actively involved in projects based on the use of molecular biology and genetic engineering technologies.

• Obtaining panels of monoclonal antibodies specifically recognizing LDLs modified with malonic dialdehyde (modification accompanying atherosclerosis), glyoxal and methylglyoxal (diabetes-dependent modifications) in order to develop immunochemical approaches to the study of LDLs modifications in atherosclerosis and disorders of carbohydrate metabolism. Creation of enzyme immunoassay system based on the original monoclonal antibodies to methylglyoxal-modified LDLs in order to selectively detect signs of carbonyl stress, typical for patients with significant decompensation of carbohydrate metabolism. The work is carried out jointly with the staff of Prof. V.Z. Lankin and Dr. E.E. Efremov.

• Obtaining monoclonal antibodies to human beta-1 type adrenoreceptor. In 2011-2012 the laboratory took part in the project (Rosnauka) to determine autoantibodies that have diagnostic value in patients with rhythm and conduction disorders without signs of disease of cardiovascular system (together with Prof. K. A. Zykov and Dr. E.E.Efremov). As a part of the project, a mouse monoclonal antibody to a beta-1 type adrenoreceptor was obtained. Areas of research

• Development of technology for producing prototypes of drugs for the treatment of ischemic diseases (ischemic heart disease, chronic lower limb ischemia, diabetic macroangiopathies with diabetic foot syndrome). The administration of plasmid genetic constructs carrying angiogenic and other growth factors (single or in various combinations) into the ischemic tissues or organs (heart, skeletal muscle, etc.) of animals for the local stimulation of vascular growth in the ischemic area to improve blood supply (together with the laboratory of angiogenesis, Institute of Experimental Cardiology, and Faculty of Medicine, Lomonosov Moscow State University).

• Study of the functions of various proteins (CD11b, CD18, T-cadherin and caldesmon) by suppressing their expression using siRNA (several projects implemented jointly with laboratories of the Institute of Experimental Cardiology and Faculty of Medicine, Lomonosov Moscow State University).

These projects are based on 2 successfully completed projects:

1. Creating a system for testing the targets of RNA interference. A number of elegant intellectual and technical findings made this system much more convenient to use and cheaper to manufacture than few commercially available systems of similar purpose.

2. Development of a system for the delivery of genetic material into mammalian cells using VSVG-pseudotyped lentivectors based on HIV or FIV (lentiviral vectors). These vectors are used to introduce both transgenes and small interfering RNAs (siRNA).

The laboratory uses the latest generation lentiviral vectors (the so-called SINs, or self-inactivating), in which not only their replication is completely eliminated, but also their own lentivirus promoters are inactivated, under the control of eukaryotic promoters. In addition, a method has been developed in the laboratory that allows a quantitative assessment of the integration of the lentivirus into the genome of recipient cells based on the polymerase chain reaction. Work was done to improve the efficiency of the packaging procedure and the subsequent concentration of pseudovirus particles in order to increase the content of functionally active particles in the preparations and reduce their toxicity to cells.

Currently, the laboratory participates in the program studying autoantibodies to the adrenoreceptor type beta-1 in patients with cardiac rhythm and conduction disturbances (together with the research teams of Prof. K.A. Zykov, Prof. S.P. Golitsyn, Dr. E.E.Efremov and Dr.M.V.Sidorova).

At the beginning of 2017 a research project: “Development of a diagnostic kit based on the principle of competitive enzyme immunoassay or determining the level of beta-1-adrenoreceptor autoantibodies in patients with idiopathic cardiac rhythm and conduction disturbances and in the presence of cardiovascular pathology” was successfully completed (Subsidy Agreement The Ministry of Education and Science of Russia dated June 27, 2014 No. 14.604.21.0068). The created diagnostic kit, where the genetically modified human line is used as an antigen, consistently expressing beta-1-adrenoreceptor on its surface in its natural conformation, allows to obtain a reliable and reproducible information about the amount of autoantibodies to the receptor in serum.

The work to optimize the system for studying the chronotropic effect (primary culture of neonatal rat cardiomyocytes) is currently performed in the laboratory. This system, which is nowadays represent the “gold standard” used in the study of beta-1-adrenoreceptor autoantibodies, in combination with the developed diagnostic kits (“cell” and peptide), will allow to come closer to understanding the pathogenetic role of the above-mentioned autoantibodies. 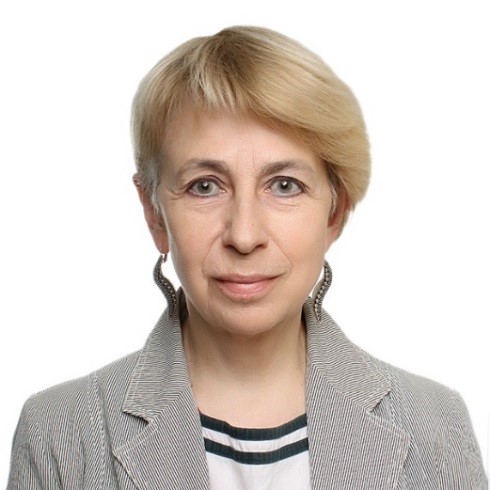